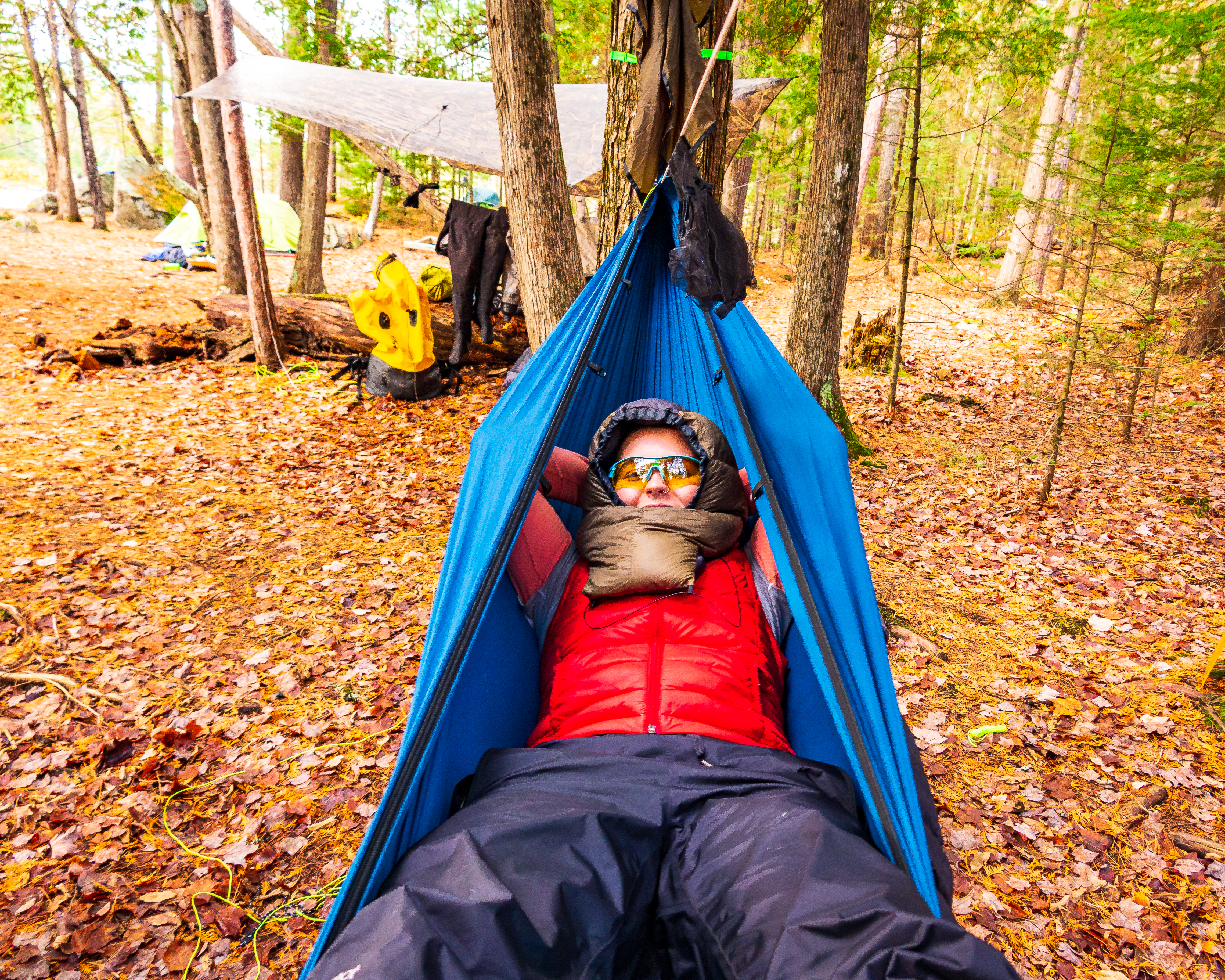 Most hikers have made their fair share of dumb mistakes in the backcountry, and I’m no exception. We all learn from experience! But some of the biggest screw ups that my friends and I made led to excessive and unnecessary danger. In the hopes of helping others to avoid similarly lethal situations, I will outline three of my worst, most dangerous blunders, and what we can take from them.

BLUNDER #1 - Crossing a river by monkeying across a log. Tucked in the heart of Olympic Wilderness lies pristine Enchanted Valley, at the headwaters of the Quinault River. Here my friends and I found ourselves exploring the lush valley on a zero day, ready to return to camp for dinner. We could see our tents, only a stone’s throw away, but from the wrong side of the river. The bridge was a mile back, and we were very hungry. So, rather than walk two miles back, my friend decided he would cross by monkey bar climbing across the Quinault on the underside of a fallen tree, draped 10’ above the river. The crossing was going well, until three quarters of the way through, he lost his grip, shifting all weight to one arm, dislocated that shoulder, and fell directly into the freezing cold Quinault. Sploosh! We watched from the bank, unable to help, as he drifted stunned, floating downstream. It was panicked, helpless agony for the two of us on the bank, unable to help. After what seemed like forever, he came to, grabbed a boulder, and meandered to the opposite shore.

Takeaways - Run those antics back and he could just as easily have hit his head, gone fully unconscious, and drowned. Questionable short cuts are almost never worth it. And when they involve putting oneself in danger, they definitely aren’t worth it. Of course, our second mistake in this scenario was not preventing it all together. Our group of three allowed the climb to proceed, knowing how dangerous it was. Confronting adversities is tough, but telling a friend to stop can be even harder. If you think you see a safety issue, it is your obligation to speak up. Never feel bad, guilty, or hesitant about it. And as a final heuristic, don’t cross rivers on logs if you have to climb.

Blunder #2 - Not waiting for the tide to recede, getting picked up by a wave. At the far northwestern edge of the US lies the Olympic Coast, a rugged stretch of wilderness connecting a string of remote beaches and headland trails. Hikers here face an array of tidal difficulties, as many of the beaches and cliffs become impassable at mid to high tide. But it’s rarely black or white, passible or impassable. At mid tide, you can often skirt the edges and bluffs of an otherwise “impassable” beach by sprinting around boulders and logs in between waves. On our last day of the trip, fueled by an urgency to dry off, eat brunch, and get home, I convinced my skeptical friends that, rather than waiting hours for the tide to recede, we could find the perfect timing window in which to sprint around a large rocky outcropping in between waves. On the count of three, we leapt off our bluff at full commando sprint, myself at the front of the pack. Of course, the timing had been completely bungled. As I reached the tip of the outcropping, a huge wave came crashing towards me, the biggest we’d yet seen. I tried to gain higher ground on the rocks, but the face had been rendered smooth and unclimbable. The wave was so utterly powerful that it lifted me off the ground, and I was completely underwater. The hydraulic force was so overwhelming that my arms literally did “the wave” like you see in stadiums. And then I was pulled backwards. I felt myself being dragged into the ocean along the rocky beach. I regained control and stood up about 40 feet away from where I started, knee deep in water, and immediately ran to check on my friends. They hadn’t made it as far out as me, and had only been soaked up to their chests, lucky to have avoided nearby driftwood. Thankfully, nobody was harmed and we ran around the outcropping together, safely regaining the beach.

Takeaways - Stop rushing! When confronted with danger in the backcountry. Be sure to assess the full scope of risk. Among the many possible outcomes, are we worried about discomfort, injury, or death? Discuss pros and cons. Talk through a cost benefit analysis. In this case, had we waited another fifteen minutes to watch the waves, we would have known the true scope of the danger, that some waves would threaten more than just wet legs. We should have checked to see how much driftwood was floating in the water, which is actually the most dangerous element present, as the heavy logs can smash skulls and break limbs. This much danger was not worth getting home an hour or two earlier. We could have predicted this, we should have discussed it more, and we definitely should have waited.

Blunder #3 - Camping above timberline in a lightning storm. We felt so lucky to have scored walk-up permits to spend the night at Sahale Glacier Camp in North Cascades National Park. Someone had canceled their rare and sought-after backcountry camping reservation at the last minute because of an incoming storm. We shook off weather warnings from the rangers, and started our hike. It was one of the most picturesque alpine campsites I’d ever seen… until the clouds rolled in. At first there was hail. Then giant raindrops. And then the thunder and lightning started. And we were utterly exposed, camped on a rocky slope, high up the mountain. We spent a mostly sleepless night as a lake formed underneath our tent. I remember the terror as flashes of lightning danced on the walls, while deep booms and rumbles reverberated. I watched a tree get struck by lightning and catch fire on the opposite side of the valley. We survived the night in our tent puddle, safe but wet and ready to head home. While eating lunch back in town, we heard tell of a gargantuan landslide blocking off the trailhead, and hikers trapped in the parking lot in need of helicopter rescue. We might have been the last people who made it out that morning.

Takeaways - If the weather forecast screams, “don’t go,” don’t go. We were warned by NOAA, by the park rangers, and in a sense by the person who canceled their reservation. When it comes to storm camping, even if you’re relatively safe and dry, you’re still going to have a bad time as the ever-present threat of storm/wind/lightning/treefall/hypothermia/slide danger can become overwhelming and all-consuming. It really makes for a bad vibe and an unfun trip.

A couple threads tie all of these scenarios together, and the first and most literal is water. Water giveth life, water taketh away. We constantly underestimate the dangers posed by water, whether it’s flowing down a valley, coming out of the sky, or crashing on the beach. Please, please respect it. The second theme here is rushing. Rushed decision making is worse decision making, and safety decisions should never be rushed. If you catch yourself rushing a decision that could put you in danger, stop, step back, and think again. Maybe it’s worth it, but most likely not. Be safe, don’t rush, and happy hiking!